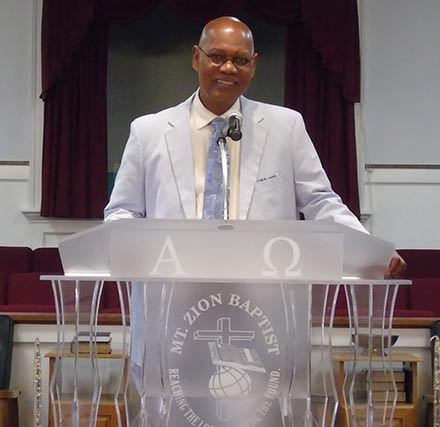 Rev. Sam Flint was born in Ridgeland, South Carolina, however at a young age, moved to Philadelphia, Pennsylvania. Which he consider his home. After graduating from John Bartram High School, he joined the United States Air Force at the age of 17 and retired after 23 years of service as a Sr. Master Sargent. After retirement from the United States Air Force, he relocated to Alamogordo, New Mexico and started his career as an Aircraft Maintenance Manager at DynCorp International.

Rev. Flint had a spiritual foundation at a very young age, but it was not until 1980, when he joined New Hope Baptist Church in Alamogordo, that he committed his life to serving the Lord. He later united with Corinth Baptist Church, also in Alamogordo, and in 1991, was ordained a deacon and in 1993 was elected Chairman of the Deacons. 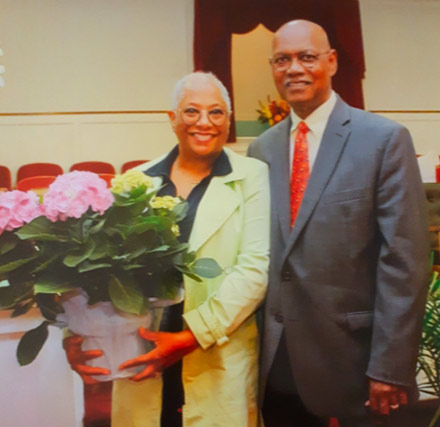 In January 1995, Rev. Flint was called to the ministry and was licensed and ordained in 1998. He served as associate minister of Corinth from 1995 to 1999. In 1999, he made a career change and began working for Lockheed Martin. He was transferred to the Greenville site in South Carolina, and that is where he met his future wife Regina Grace Clemons, who was also working at Lockheed Martin at the time. Shortly after arriving in Greenville, Rev. Flint joined Enoree Baptist Church and became the Interim Pastor for approximately six months. He joined Mt. Zion Baptist Church in 2001 and became the associate minister.

In 2011, he was elected to be the pastor of Mt. Zion. The congregation at Mt. Zion is a loving congregation - eager to do the work of the Lord. He is supported by a Deacon staff as well as other leaders of the church. As a pastor, Rev. Flint truly believes in Jesus' love, grace and mercy - and with that understanding, wants those who hear his messages to have hope - as we serve our risen Savior.